The conditions were ideal for tracking today.

A deer, probably a buck mule deer given the drag marks, and the location of the tracks – but it could be whitetail.

This is a coyote, given its size (too small for a wolf, too large for a fox) and the track when I followed it did not show the characteristic halo the the wolves around here are now sporting with their longer hair.

Muskrat tracks – tail drag too small for a beaver and the tracks are going in and out of a muskrat lodge.

Deer mouse tracks up the middle (characteristic tail drag and hopping action). Wolf track to the left and a deer track running from right to left.

This is a wolf track – I’ll get some better ones next weekend. I followed a pack for about 2 kilometers and they looked as though they were just trying to cover a lot of ground. The deer had better be nervous. 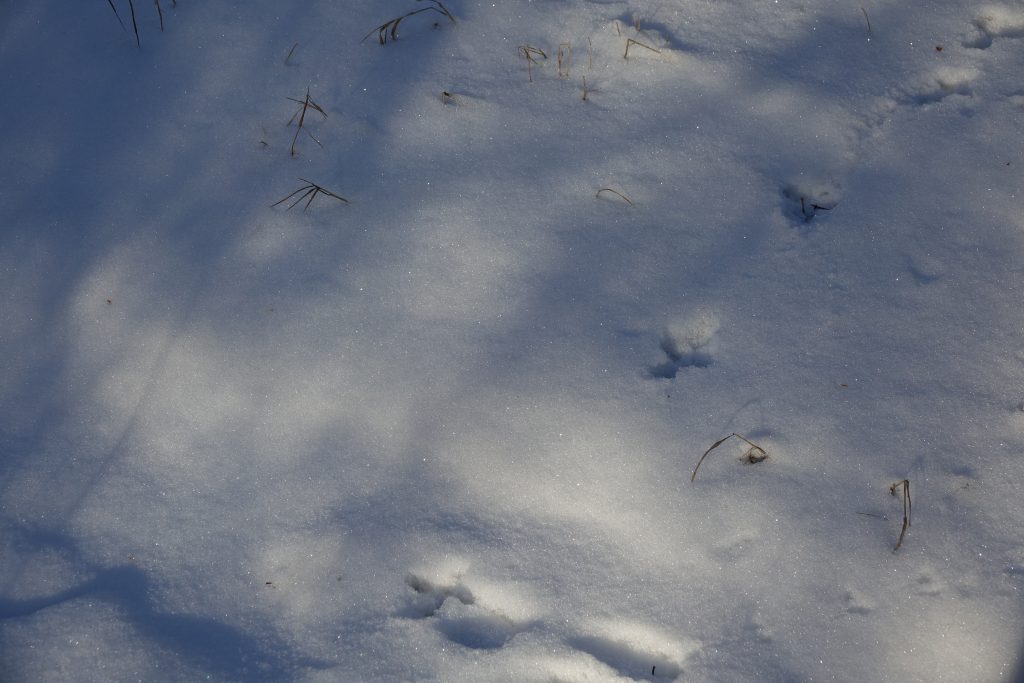 This is a running grouse (probably a ruffed given its location). A waddling grouse will have the tracks almost on top of one another. (see next image)

Last track is of a bobcat