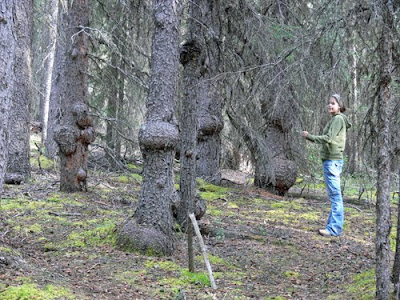 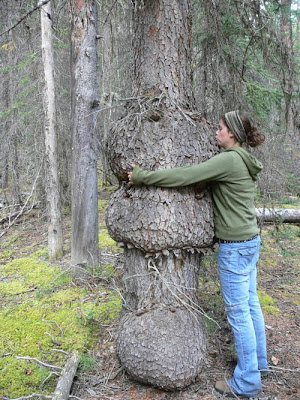 my daughter, the tree hugger!

I keep threatening to write a book called “Frank’s Secret Places.” The downside to such a book of course is then the secret is out – the upside is that you get to share something. Now the joy from sharing a secret place is one of the greatest feelings there is. I guess it would only be second to the joy of seeing your children born or winning a free coffee at Tim Horton’s.

Whenever I take someone to one of my “secret spots” I love to watch their face light up as the true grandeur of the place sinks in. I’ve shown friends: canyons, caves, waterfalls, twisted forests and moss covered alcoves that you won’t find in any guide book or tagged on GoogleEarth. The response is almost always the same: “You dragged me out here to see this?” The term “Philistines” I think most often comes to mind.

Truthfully though, most of my friends, at least the ones I drag any distance from civilization, are impressed with my secret little showcases. One such place is a small piece of spruce forest, perhaps two or three hectares in size, located on the east slopes of the Northern Rockies. Just a short distance from our base camp, I discovered it one winter day while snowshoeing about, in an unsuccessful attempt to wear off the half pig I had consumed for breakfast.

This forest is unique in that most of the trees display numerous burls. The burls are outgrowths that result from a fungal infection and give the forest a whimsical look. I took my daughter up there one summer afternoon and we just poked around, seeing what hidden shapes or stories we could get the trees to offer up. It was a special afternoon and that forest offered up treasures far greater than one could ever get through 3D glasses and seven viewings of the forests of Pandora.

I’m off early to the mountains tomorrow so probably won’t post until I’m out of the hospital. I’m woefully out of shape and figure it will be an hour or two on a defibrillator before I can type again.