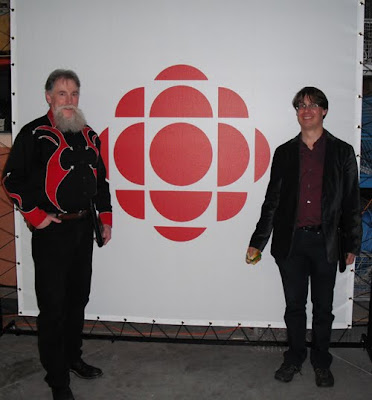 Marc and I off to Winnipeg 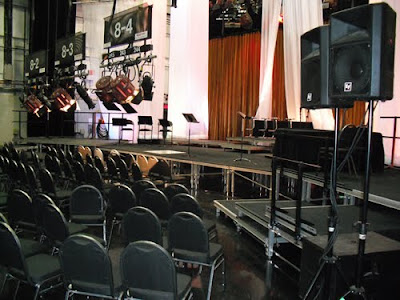 where the magic is made 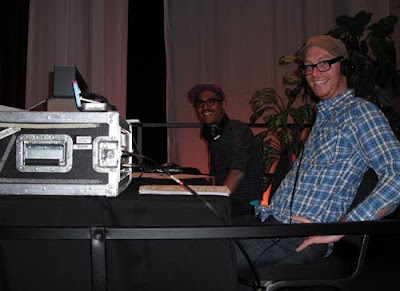 the magicians: Anshuman Iddamsetty and Peter Morey – and if it isn’t Peter then it’s Paul Hodge, and if there had been a Mary on the staff then it might have been Peter, Paul or Mary but I was really zoned out at the time so my deep and profound apologies for screwing up on the names – someone from CBC could post a comment as to the proper names. I’m pretty much screwed now as the man controlling the sound board pretty much has your fate in his hands. Just found out that it is in fact “British Pete” and my brain isn’t total mush – and that I have just set a world record for the longest photo caption on a blog.

Well that was so much fun I had to pinch the girl beside me on the plane to make sure I wasn’t dreaming. I wasn’t, but she was and that’s what led to all the trouble in the first place.

But let’s not talk about that, let’s talk about my trip to Vancouver and the western semi-finals of the Canada 2010 Canada writes competition. That, of all the competitions I have entered and not won, except for the gold in a triathlon that had no other competitors in my age group, was the best of them all.

First the production of the show was incredible. I will do another blog when I can properly mention everyone by name but I am afraid of missing someone, or getting a name wrong which is worse. They took four people from the general population with limited performance experience and inserted us into a very tightly timed show format – and everyone hit their marks. Okay so now I’ve got the names, the credits are as follows: Brent Bambury, host; David Carroll, senior producer on GO and writer of Western semi-finals;  Peter Morey, producer, GO; Anshuman Iddamsetty, program assistant, GO;  Paul Hodge, broadcast technician. And then there’s Jill Walker, whose title I don’t have but it must be pretty close to something like Person Who Does Everything under the Sun – she made everything run so smoothly behind the scenes that we didn’t have time to be nervous or to get into too much trouble.

The judges were perfect for their job – each was a master of their craft and knew how to be honest without being too “Simon Cowell”. It was just so cool to be able to meet people like Mina Shum, John Mann and Sugar Sammy. John is a master lyricist – his performance of the rusty knife song was bang on for those of us that grew up in the era when playing “the splits” was still allowed. Mina will be getting my three hundred screen plays next week before she can get the restraining order in place. Sugar Sammy – google his act on Youtube and you’ll be hooked – just a warning to the women though, he is a player – he made two dates with audience members while on stage, and I don’t know how many after the show.

The other writers were really interesting people that loved to write and you could tell that in our conversations off stage. Marc is an extremely talented wordsmith. He knows just which words to use to convey not only action but to evoked the right emotional response – a true craftsman. Evan is a passionate writer. His punk band, The Isotopes, plays punk rock songs about baseball and he says: everyone writes about love – why not write about something that you love. Marissa’s Zombie song (which you can see on her page on the GO website) shows her to be a kind and caring person – even for the undead. Hopefully her songs will go platinum one day so that all can enjoy her humour.

And I do have to talk about the audience. It is true what they say – CBC listeners are the nicest people in the world. Everyone of the people out there came to have a good time and were extremely supportive of the show. They laughed and applauded even without the laugh and applaud signs which are necessary with some of those TV game shows. Everything you hear on GO is real, well,  except for the trap door but they are working on that.

The show’s host Brent Bambury is amazing. He gets everyone’s name right. He memorizes an hour and a half show and if something goes too long or short he can improvise with the best of them. I never realized how intense the pressure is to ensure that there is no dead air time on a show like that.

After the show, Brent opened it up to a question and answer session and the audience stayed for another half hour and asked some really good questions. Brent and the producers made everyone feel a part of the production and it was all in all a great time.

I think I have run out of adjectives as I have used “great” and “amazing” eight times now so that means it is time to sign off.

I promise my next post will be a lot more interesting as I notice my vial of wood ticks that I had by my keyboard is missing a lid. The great tick hunt begins.