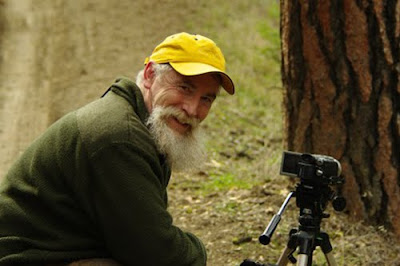 I’m off to the rodeo!

The astute reader will have noticed a decided increase in the number of postings to my blog. That is because I believe the story about the violinist who stops and asks a New York policeman – “How do you get to Carnegie Hall?” The reply is the now famous: “Practice, practice, practice”

So I have been practicing, practicing and watching Star Trek re-runs. Hey – I’m not a machine.

I have written ads for wet-dog scented deodorant, movie pitches for horror movies set in Nakusp, blogs about Buddhism, and I have just finish rewriting every song penned since 1957. My songs need a little work however if we are not allowed to make reference to animal guts or anti-social behaviours.

The practicing, for those of you that have just stumbled onto my blog, is for my trip to the Big Smoke and my participating in the Canada Writes 2010 competition. Due to a series of bureaucratic mishaps and a friend of mine hacking the CBC mainframe, I managed to end up on the shortlist of writers competing in Vancouver.

While this competition will obviously not vault one to the dizzying heights of the Canadian Literary world it would, none the less be a great honour to show one’s ability to the rest of the world. And it would be really nice to show my fifth grade teacher that yes, you can still make it in the world, even if you can’t write within the lines.

Actually, all of my teachers were great. In looking back I can’t remember a single bad teacher in the public school system. They were all very dedicated people and for some reason I think they felt the need to take me on as a project – sort of like that one bronc that could never be rode – they all took it as a challenge to try to get some knowledge, no matter how small, to actually stick in my head.

So you won’t see a blog entry until I come back Saturday from my trip to the city. If I win you will most likely read nothing else until the finals in Winnipeg. If I lose and don’t advance you will probably never read the letters CBC again in my blog. Which will be very hard as I will have to think up whole new spellings for my 24 letter alphabet.