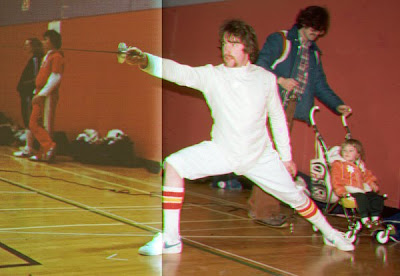 Okay, I have to admit it – I did watch the spectacle of the Olympic opening ceremonies. I figured if we’re going to be in hock for the next 39 years to pay for it, I might as well get my money’s worth.

It did bring back memories however of my own attempts at athletic greatness. Blessed as I was with no physical coordination, an unmanly aversion to pain, the upper body strength of a five year old girl, and virtually no cardio capacity to speak off I was naturally limited in my choice of sports.

While at university I wanted to be a “Letter man” – which back in the day was the accolade afforded to people who made a University sponsored sports team. Being the scholarly type I researched all manners of sport and picked the one with the fewest competitors and by dint of statistics found something that I would have to rank amongst the top ten in. That would have been the case of course had not another junior joined the team and relegated me to a lowly 11th position.

I stuck it out however and through my athletic prowess and through a particularly violent flu outbreak which struck down 90% of our Sabre squad I was chosen as part of a three man team to represent our province at the Canada Winter Games.

Now the sabre is one of the three fencing weapons used in the sport, the other two being the foil and the epee.  The sabre, until the plane touched down in Brandon Manitoba – the home of the games that particular year – was also the only weapon I had never held. I had however seen a number of Zorro movies and being of strong Viking descent I figured it couldn’t be all that hard.

The lesson in it’s use was short and sweet: it’s a cutting tool – you cut people with it and try not to get cut yourself in the process. Of course the weapons we were handed were a much tamer cousin of the real sabre but could still inflict a nasty welt if administered with enough force. Apparently in the refined world of fencing it was not consider “de riguer” to try to chop off your opponent’s appendages but instead we were supposed to merely affect a “touche a droit” which was the way they recorded a “touch to the right”. I never did learn the term for the “touch to the left” as it seemed I was the only one getting “touched”.

I had been beaten badly by one of the Quebecois in my first round and was to come up against a Newfie in the second round. I sized the “bye” up and he was a towering specimen and carried the swagger of one of the Viking explorers from years gone by. We were both standing there watching another pair of fencers go at it when he made a comment to the effect that this wasn’t what he had signed up for – he wanted to do some real sword fightin’ . I agreed, and in the spirit of the games we agreed to our own terms of engagement – it was obvious we weren’t going to win anyhow so we might as well get one good sword fight in before we got sent home.

We were called onto the piste (which is french for the mat) and we squared off. Normally there is a lot of footwork and dancing about, but this was not to be a normal match. We planted our feet and began an exchange of blows that brought to mind the “Ballad of Abdul Abulbul Amir“. Steel hissed as it sliced through the air to crash against steel as we parried, thrust and chopped at one another.

We fought with a fervor and exuberance of two opponents who were truly enjoying a good fight. I, like a lumberjack hacking at a great Western Red Cedar and he, like a sealer on a bashing spree with a four foot club. Neither gave an inch nor requested a reprieve. I broke two sabres on that man. He broke one sabre on me and managed to break my thumb.

I actually don’t remember who won that bout but I do know that we set a record for breaking sabres and drew an uncomfortable amount of scrutiny by the various officials that were trying to preserve the sanctity of the sport. 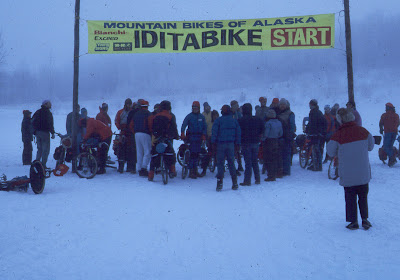