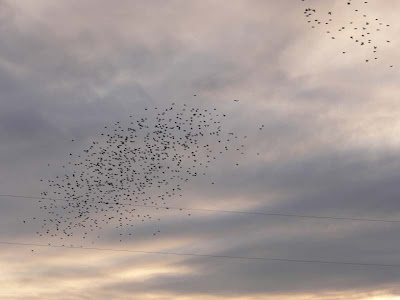 I took the above photo – and started crossing the birds out one by one – just to get an accurate count. My best guess of that flock was, now wait for it. Nope I want you to guess first. The total was 928. That’s a lot of plucking. I had seen a couple of flocks like this on the one day , so it is very likely that Doug was bang on in his guestimate of flock numbers had the two flocks joined up.

Next question – how many seeds on a dandelion head? 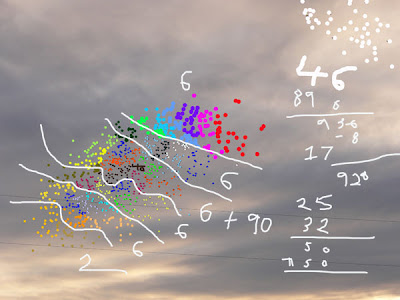 My cipherings to figure out how many

One thought on “Bird brains”